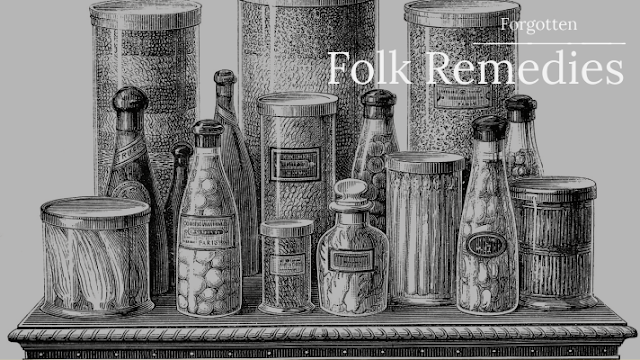 As much I love my receipt books,  I want to mention  another favorite source that I draw my research from. This next one is very dear to my heart.  On a whim one day, I volunteered to do some transcription for the The Schools' Collection which is a body of folklore collected by Irish schoolchildren in the 1930's and compiled into volumes. I thought it couldn't hurt to

Reading those  leigheasanna & pisreóga reminded me very much of my Irish and Scottish family folkways- especially those pertaining to farming.  It's had definitely been influenced by romantic nationalism, so you still need to read carefully because too many historians took story tellers like Yeats a bit too seriously.  But it is old enough that it's not tainted by all of the LLewellyn  neopagan invention about "The Celts" that cropped up in the 90's.

For what it's worth, I don't use the word 'Celt' often. There is no such thing as a uniform "Celtic" practice although  I admit that I drank the green kool-aid myself at one point.  I had taken too many Celtic Studies classes before I met my favorite anthropology professor who just happened to be from Scotland. I used the word "Celt" once in her presence, at which point she looked over her glasses at me and asked, "Which Celts?  The Welsh, the Cornish, the Gallaeci that lived in Iberia, the Gauls that lived in France, the Bretons that lived in Brittany, the Boii tribe that lived in Bohemia and Bavaria, or  perhaps you mean the oldest documented group of Celts that spoke Lepontic and lived in the Alps." She then shook her head and said, "I think you mean the Gaels, dear."  I have never made that overgeneralization again.

Aside from the personal appeal what I found particularly compelling is that they evidence  the continuous use of particular remedies that were written about in the receipt books and the early modern printed herbals.   I think that's significant because it speaks to the fact that the practice of domestic medicine is not something that died out.   It's just something that the learned elite have always ignore. It's been here this whole time if you just bother to look for it.

So here's one of my favorite forgotten folk remedies. I had read of using the juice of a turnip mixed with sugar for sore throats but to me it didn't seem very practical until I stumbled upon the methodology. I first read about it in Elizabeth Kent Grey's work published in 1653, but there are many, many entries that refer to this practice in the Schools Collection as well.   One Mrs Cochran from Celbridge in Co. Cavan seemed to have shared this receipt with a number of people, but it's mentioned frequently.

This  is very practical way  of making a syrup for hoarseness, sore throat, or a cough, is quite easy. You hollow out the turnip, pour some sugar in there and within a very short period of time the sugar draws the liquid from the turnip.  Easy. 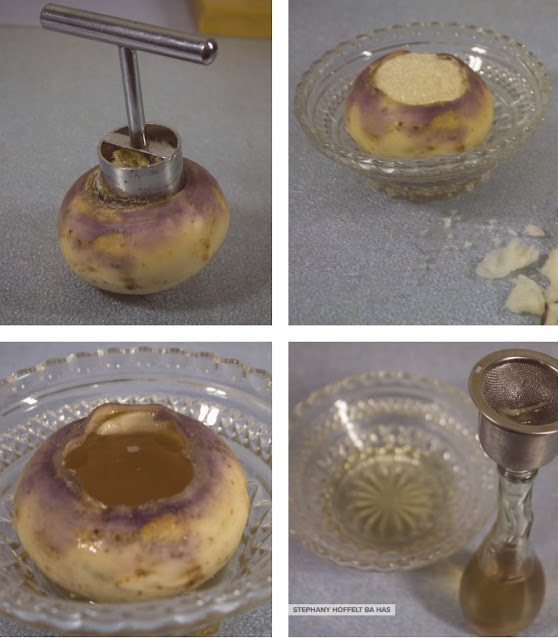 I would imagine that because honey is hygroscopic like sugar that it would work similarly, but I use a nice fair trade sugar because I work with a lot of vegans.   They also used this method with salt and applied it to chilblains which is a very mild form of frostnip.

Sugar is a known humectant and so honestly any syrup is someone useful for a sore throat in a coating smoothing kind of way. There are much more pleasant alternatives, so why turnips?  Turnips contain chemical constituents called glucosinolates. These chemicals are what scientists call mast cell inhibitors.  They block the degranulation of mast cells and consequently the release of histamines.
References.