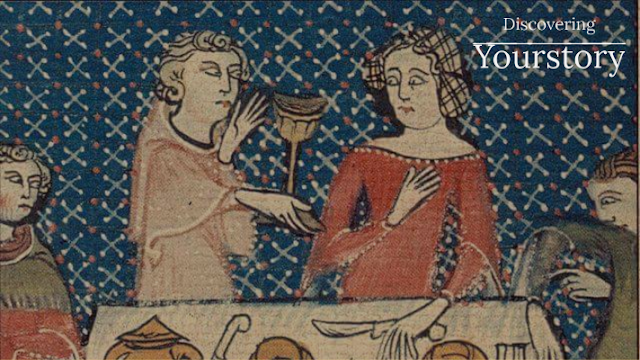 My primary motivation for starting this blog was to encourage people to do a deep dive into historical research. Everyone will have a different starting point. I grew up in a very rural area in a family with a strong connection to their traditions. If your family didn't have established traditional practices like mine, you might be starting with just a general idea about where your people came from. You should consider yourself lucky on that front if you know that much.  You might be interested in focusing on learning the true story of women's contribution to healthcare.  My hope is that this blog gives you ideas about how and where to look for your answers regardless of where you start.

This is probably going to involve some unlearning on your part.  I remember when I started my anthropology classes in college.  I  was sitting in  a meeting of people who were going to work on a history project together.  They knew I was friends with a certain herbal author who wrote historical anectdotes in their books. They actually thought I trained with the person. I spent a very uncomfortable afternoon listening to them run through all the errors in my friends book, as examples of mistakes we wanted to avoid.  It was irritating, but it wasn't paradigm changing for me because I wasn't invested in that truth.  This is not the only time this has happen to me. The history in some popular herbal books is appalling.  Some is just wrong.  Other's just leave things out.   My historian colleagues like to poke at me about it.

Unfortunately the herbalism community is often really attached to their  origin story. When I began attending herbal conferences,  I bit my tongue about the way  the history of herbalism was taught.  I kind of regret that.  A lot of men were teaching the male dominated version of medical history handed down through academia and many women were teaching some neopagan infused feminist fairytale. Everyone was neglecting the wealth of knowledge that can be gleaned from a survey of medical texts and manuscripts written by women in various museum collections all over the world.

To be fair, this was more difficult before the days of digitization, but it was not impossible.  Several popular receipt books have been available in print for decades.  The Receipt Book of Mrs Anne Blencowe was published in 1925 and republished by Polyanthos publishing in 1971.  I have owned a copy of the 1971 reprint since the 1990’s when it was gifted to me by a mentor.  Rosetta Clarkson was writing about still room books and still rooms, in 1949. The University of Iowa published Lady Borlase’s receipt book edited by David Schoonover in 1998.

I often find myself stuck in between these two professional worlds.  The transcription projects I work on are important to me.   Those manuscripts represent millennia of hands on experience that should not be allowed to just fade away. If I make myself unpopular in the herbal community by sticking to the standard that is demanded of me in my other work, then I am not sorry about that.

Fortunately modern researchers are not limited to a few printed manuscripts.  The internet is a very good place to find primary source documents.  There are ways around firewalls in these days of recognizing that information should be freely available to all. If you need a paper ask for it in the forum and I will get it to you.  I want to offer you a few pointers about doing this research.

Learning to recognize biases in presentation and translation is important. History has been subject to revisionism by men (especially during the Victorian era),  people with nationalistic motives, second-wave feminists, and most recently neopagans.  Everyone is guilty of overlooking bias in works that support their beliefs.

Schoonover's commentary in Lady Borlase's recipt book, clearly illustrates that he has negative opinions about the medical information in the manuscript. The Borlase receipt book has also been digitized and transcribed in  a free online collection at the University of Iowa known as Szathmary Culinary Manuscripts and Cookbooks. The problems with the digitization of the manuscript are additional example of how bias has erased the contributions of women.

First, the name of the collection does not even hint at the fact that there are medical receipts in many of their books.  A person only familiar with the modern context of the word “cookbook” would not have the slightest clue that they could find this information in that collection.

Secondly, the article is housed under the title ROBERT GODFREY RECEIPTS, 1665-1799. Robert Godfrey was Lady Borlase’s scribe.  It was common during that era for women of the upper class to hire someone to take dictation. There was a lot of debate as to whether women even needed to learn handwriting.

Regardless of who did the writing, the receipts are Alice Borlase’s, so why is the university giving credit for the intellectual property of the woman to her secretary?  Can you imagine the uproar that I could create by going back and naming documents written by men for their secretaries?

This was really common in the 1990's.  A British researcher Matthew Hamlyn published a book titled The Recipies of Hannah Woolley: Hannah Woolley: English Cookery of the Seventeenth Century.  You will read a lot about her. She's one of my favorite 16th century chiurgeons.

In one of my college writing classes the professor used the text "Everything is an Argument" and I think this is an important lesson to remember.  The documentation of history has almost always been in the hands of the learned elite and they almost always framed their culture in a favorable light and they often had an agenda. Example: If you see someone writing about witchcraft in indigenous North American cultures understand that person is  using a word that culture would probably have never understood because they have some sort of prejudice against the culture.

When I went to Goddard, every faculty member I worked with pushed me to to question the author's opinion about what I read. We had to critically annotate every book we read.  If I wrote something in a paper without supporting it with solid evidence, I was encouraged to find it.  It has changed the way I think so much that I have a hard time navigating spaces where this type of  critical thinking doesn't happen.

It was here that I learned that the 'his'story vs. 'her'story  debate is nonsense because none of it is accurate. History books are often mired in nationalistic/patriarchal nonsense and herstory people are grounded in a fertility goddess myth invented by the Victorians that might be more rooted in patriarchal nonsense than actual history. Just look at the way they turned important gynecological herbs used by professional midwives in the Middle Ages,  into love charms and "moon" herbs.

I am sure you have seen many of those terrible formulaic plant history paragraphs at the beginning of scientific journal articles. Researchers who write the journal articles are told writing  that brief blurb them gives a nod to a long-standing tradition and and validates their research.  I cannot count the times I have read one of those that started with something like, “Dioscorides says in his Materia Medica” and thought to myself, “No, he most certainly did not.”

I suggest reading primary source documents yourself rather than relying on what other people tell you.  Some authors copy information from a secondary source having no idea what they are talking about.  If aren’t going to read the whole thing, at least fact check quotes.  Don't pass the poor attributions along to the next person.

It's worth pointing out that all translations are not created equal. I had to learn to at least muddle my way through reading Irish to be able to assess this.  A neat trick you can try these days is to take a sentence and put it in an online translator to see how true to the original language it is.

Don't assume that just because someone has some letters behind their name that you need to defer to them. I have had  PhD-types whom I distill  research for argue with me that women were not allowed to teach at the Salernitan schoool and that that the Countess of Kent's medicinal formulas were never published..

Schoonover up there had access to all the same primary source historical documents I do and probably more.  He just didn't bother to look because he liked his male dominated narrative. I don't know what his academic specialty is, but he's not a medical historian.  Nothing he wrote about early modern medicine,  especially the legal status and scope of practice of the apothecary, was accurate.

The commentary on the translations on the CELT database isn't nearly as awful, but it still not always right.  They are often written by Irish linguists who had a pretty limited window of reference. In the lead up to one translation they say that there is no reference found to yarrow in any Latin medicinal work and therefore conclude it is an "uniquely Irish herb."    I really wish I knew more about  "the leprechaunization of Irish prehistory"  when I started researching Gaelic herbal medicine a decade ago. It would have saved me a good deal of backtracking.

That's just not true. Pliny wrote that yarrow was the herb Homer wrote about in the Iliad.  He called it herbis militaris.  Archeologists found yarrow amongst the medical supplies of a Roman ship sunk off the coast of Tuscany. There are definitely Latin references to yarrow.

Use Reference Management Software
You are not going to remember everything you read.  Keep your research notes available in a way that can be searched quickly when you are too tired to remember, is really useful.  I use Zotero because it is a free OpenSource software that you can download.